I have a report using 0orgunit in rows.I select a hierarchy for orgunit therefore each base level is shown depending on the node of this hierarchy.

There is a date parameter for hierarchies.For example if an orgunit(let sat 5555555) is moved from one node to another then enddate is the key here.

Although 5555555 was assigned a node in 11.2012, it is shown under unassigned notes in 11.2012 in the report.Since it is under unassigned node now, I think the report shows the current version not the version for 11.2012 when showing 11.2012 data(the characteristic here for date is 0calmonth)But when I change hierarchy date in hierarchy tab of 0orgunit in query designer as 11.2012, it is shown under a node.Here is the picture: 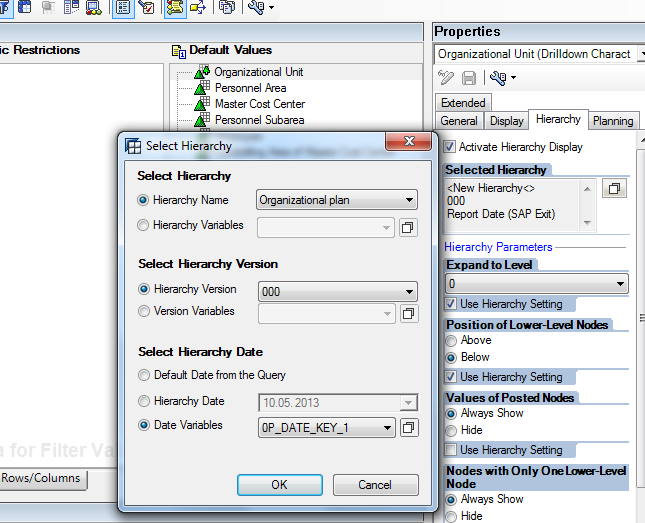 Date variables do not work in this case.I think the reason is that I use 0calmonth in the report but the variables is 0date's variable.

How can I achieve this?