Why are Business Views so complicated?

I have some data I need to report upon for which there is no universe so I am using Crystal Reports 2011 rather than Crystal Reports Enterprise or Web Intelligence. Some of the criteria for my reports is based upon lookup code tables. So I thought it would be nice to prompt the user with a dynamic instead of a static list of values.

As I understand things, that means I needed to create a few Lists of Values or LOVs which led me to the jumbled mess of Business View Manager. There must be a good reason (I hope) that I need a Data Connection, Data Foundation, Business Element and Business View in order to create an LOV. Does it really need to be that complicated?

After about 4 hours of work I got my LOV working in my development environment as I had hoped. Now to move it to production. I saw my Data Connection, Data Foundation and Business View (not my Business Element or List of Value) under "BusinessViews" within Promotion Management in the Central Management Console. I was able to select all of necessary components under "Manage Dependencies". The promotion was "successful", but the LOV for my "Action" parameter (the fifth one) was clearly not working as expected. 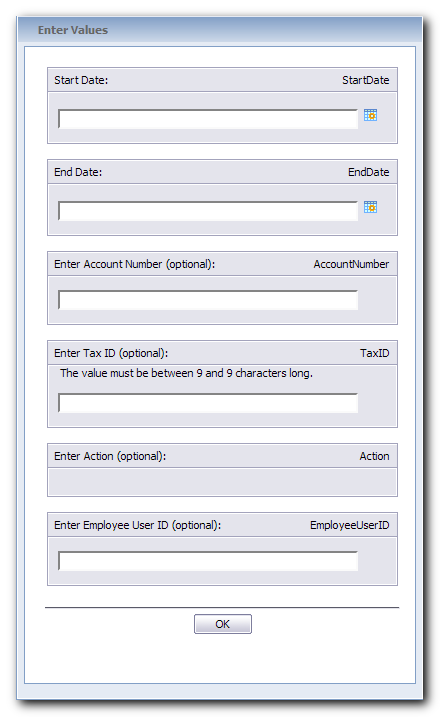 That result got me a little closer. Now I could enter and "Action", but I still wasn't getting my list to pick from. 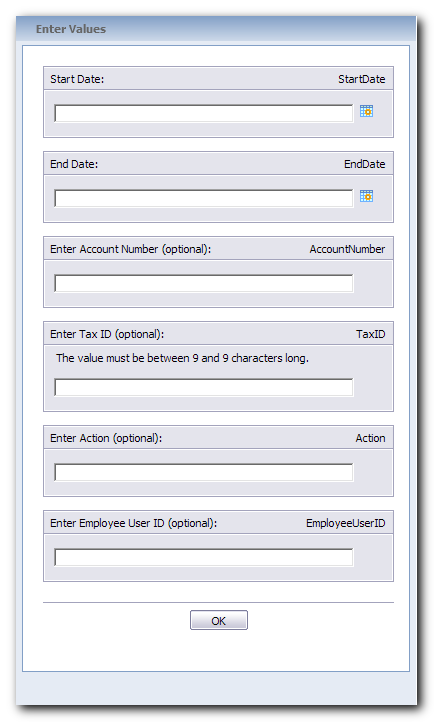 Within the Business View Manager I had to schedule my LOV to run. I chose to run it "Now". And it worked... 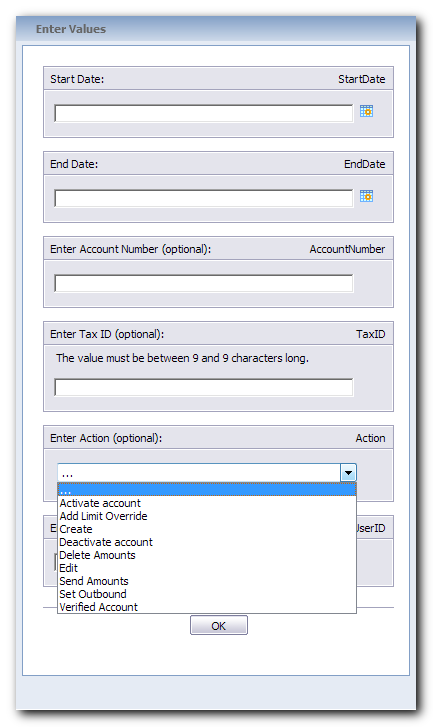 The last part about having to schedule my LOV or at least run it once seems reasonable except for two things.

So everything is working as I had hoped, I think. They primary reason I did this is so that if something got added to one of the lookup code tables that I wouldn't need to update my reports, they would just automatically pull in the new values.

So here are my questions.

Thanks for the therapy session.