Hi, we are running idm 7.2 sp5 and facing troubles when it comes to AD deprovisioning.

For some users, deprovisioning works fine but for some others it just tries and tries again. The trouble is when i go into the AD to see the state of deprovisioning, the user already lost the privilege (I'm guessing through IDM so that the first deprovisioning was a success). But then it starts again and fails on the unassignUserFromADGroup pass. and it just goes on and on until i clean the provisioning queue (doable in a development system but not so much on a production system).

Here i put the configuration of the task, where the number of retries is set to 1.

Does anyone know where this behavior come from, or did anyone already had it and figured out how to avoid it?

Also is there a way to change the unassignuserFromADSGroup and assignUserToADSGroup passes so that it won't fail if the user already has been deprovisioned/provisioned?

Thanks a lot for your help, 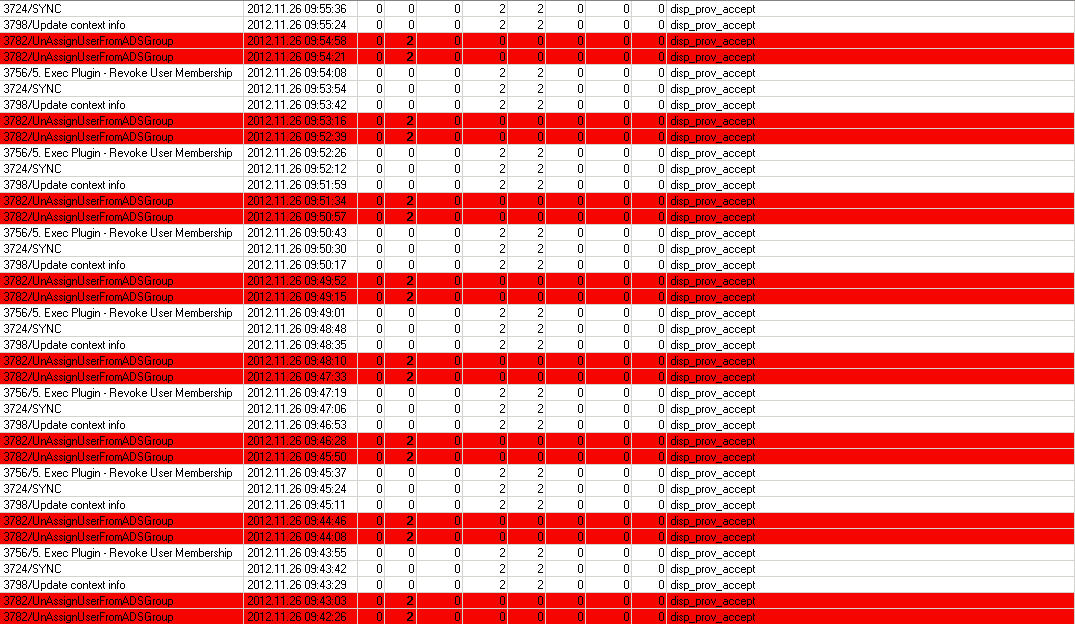 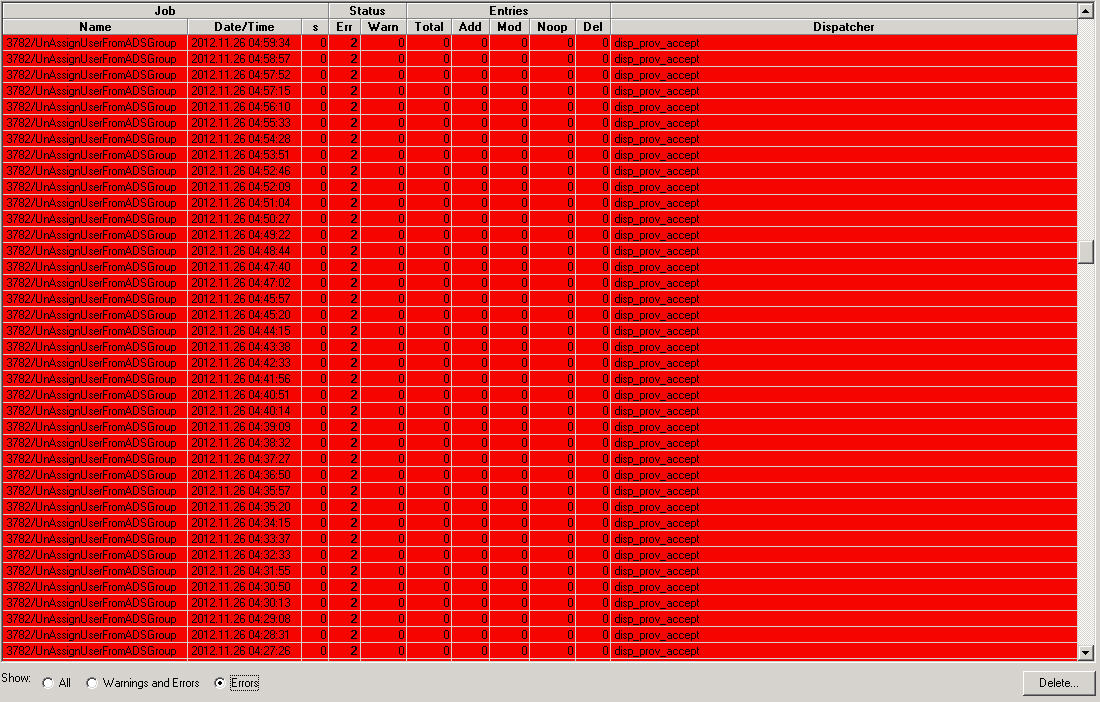