While refreshing a report in excel, it is giving an error as mentioned in the given below screen shot: 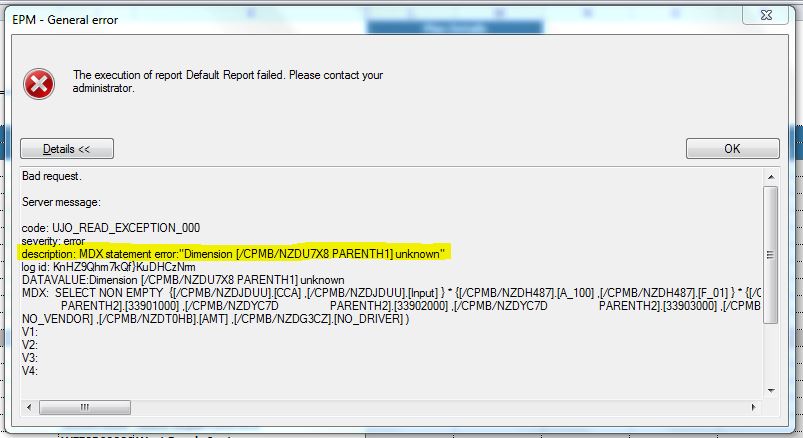 We have checked hierarchy in the back end (RSA1) for the same dimension and observed that there are two hierarchies have been generated i.e. one is with version "A" and another one with version "M" (Screen shot attached) and the same seems to be the reason for the error in the reporting.

Further we have only single hierarchy maintained in the BPC then why it generating the same twice with different version automatically.!!

How we can remove this another hierarchy with version "M" as the same is not needed and generating automatically.!

Needs permanent solution on the same.