Portal role imported has Role Exists as NO

We are configuring portal integration for GRC 10.1 SP15 to assign portal roles via GRC ARM. So far, the configuration is complete where we have run the Fetch IDM schema and the repository / auth role full sync jobs have completed. We have imported a portal role into the GRC system to enable selection of these roles in the access request.

I see that the option under provisioning for both roles shows "Role Exists"=NO.

I ran the rep sync job multiple times and re-imported the roles via the role attribute upload file but the role does not show to exist (ROLE EXIST=YES) which is what I need to assign the role in ARM.

It was also noted that the role does not have any value in the table GRACRLCONN for "GUID" field if that matters but the role exists in GRACROLE table.

P.S. We are not using BRM module and I understand it is not relevant in this case.

Role in table GRACRLCONN for the EP connector: 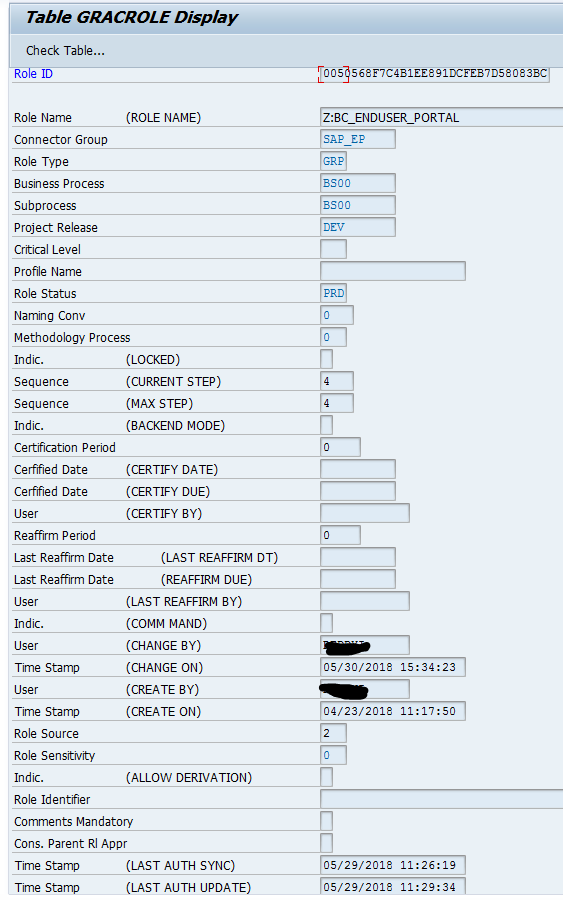