How to have a general task workitem only show up in one specific user's inbox?

As all good things come in threes (or so I'm told!) here is a third question related to a simple workflow I'm trying and having a hart time to implement. The earlier questions were "How to identify what the actual error is when a new workflow doesn't work when tested in SWDD?" and "How to switch the default priority of a Workflow to "1" and to then get the express-notification?"

The gist of what I set up is available here and it almost does what I'd like it to do. But one issue is basically a showstopper because each created workitem is not just visible in the intended recipient's inbox but in everybody's:

So User 1 sees all four of them as does User 2 and even User 3 who I didn't even trigger the work item for gets to see them as well and could potentially process them.

As this mini-Workflow is intended to get new developers to actually look at our development guidelines and then "sign off" by using the "Confirm task" button, it needs to go to exactly the developer it's intended for, anything else doesn't make much sense.

As outlined in the workflow book's chapter, I defined the task as general: 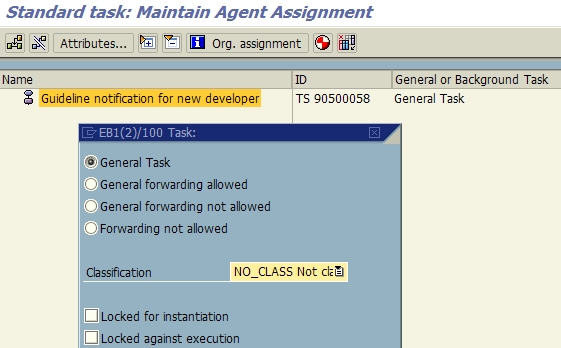 Reading up on "general tasks" in the book, I get why this then causes the workitem to show up in everybody's inbox, but I thought that the expression in the task definition should take care of that: 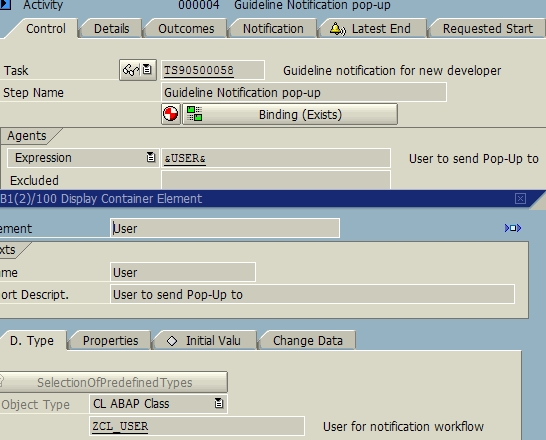 The code for ZCL_USER is copied from the information provided in the Workflow book. To not make this post too long, I put it into the attached txt-file:

In my wrapper-program I trigger the work item creation via FM SAP_WAPI_START_WORKFLOW and already tried with either just the user-ID or with it prefixed by "US" but the result is the same:

The result looks okay judging what my wrapper program tells me (I switch the prio of the work item to 1 and also trigger an express message):

The container information of the work items look okay as each shows the expected user-IDs in the relevant fields: 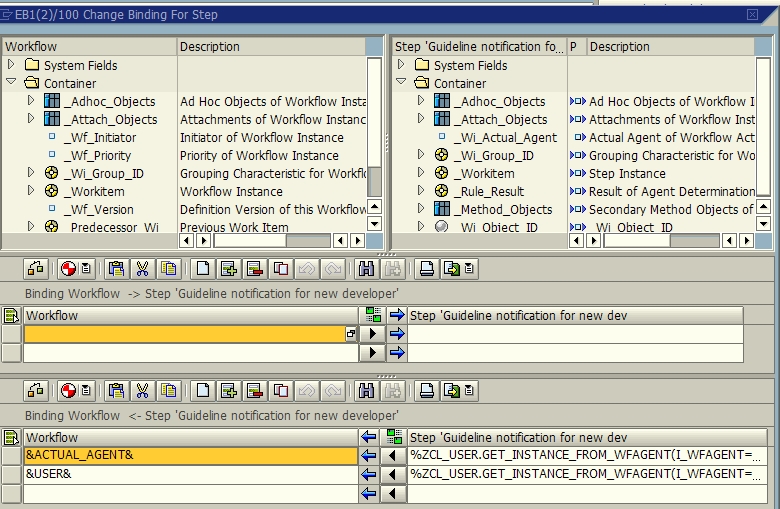 So, what am I still missing?

Thanks much and Cheers