We are integrating S4H system with SAP CC (Convergent Charging). In the process we have created the Logical Ports for the SAP CC server in SOAMANGER in S4H. But after configuring we are receiving the following error when we ping the Port "Web service ping failed (RC=405). Service Ping ERROR: Method Not Allowed"

When tried testing the WSDL for which we created the Logical Port in SOAP UI, we are receiving the error as "The security token could not be authenticated or authorized</faultstring"

We have validated that the credentials we are using is correct. 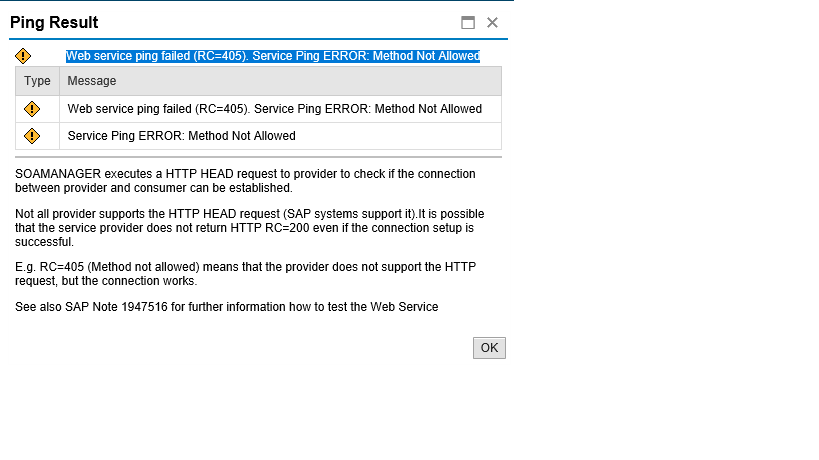 Request for some thoughts on this.