I have a rather simple query that would need the use of logic script.

Let us take an example :

I have researched on forums regarding this matter and found some blogs such as "BPC script for dummies" but couldn't find answers to multiply with a node member.

I therefore tried an alternative by creating a property "GROUP" where I fill "PBIT" for every account that needs to be multiplied.

Here is the script (in DEFAULT.LGF) I wrote :

Each time I save a figure on TAX_RATE through input form, I got the following error message : 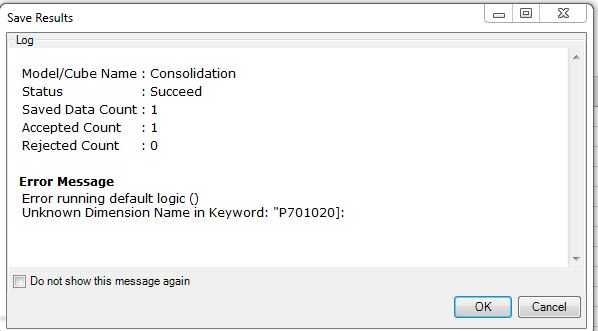 System does not recognize an account that does exist in the dimension. 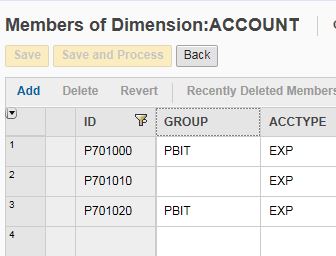 What can I do to multiply a simple base level member with an hierarchy ?

Thank you in advance for your help,