How to identify where exactly NOT_FOUND gets raised in ME_READ_REQUISITION_EXT?

I'm currently trying to identify what is causing irregular dumps within program SDV03V02 and the called function module SD_BACKORDER_CHECK_AND_SAVE. The dumps happen with MESSAGE_TYPE_X triggered by the NOT_FOUND exception raised in function module ME_READ_REQUISITION_EXT: 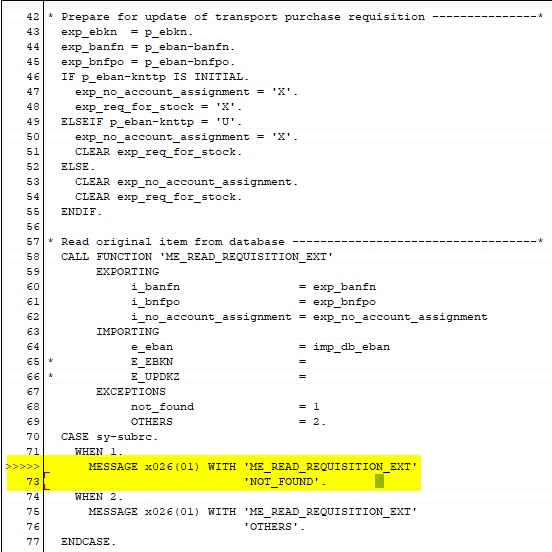 Unfortunately, the "NOT_FOUND" gets raised in several places in the called function module: 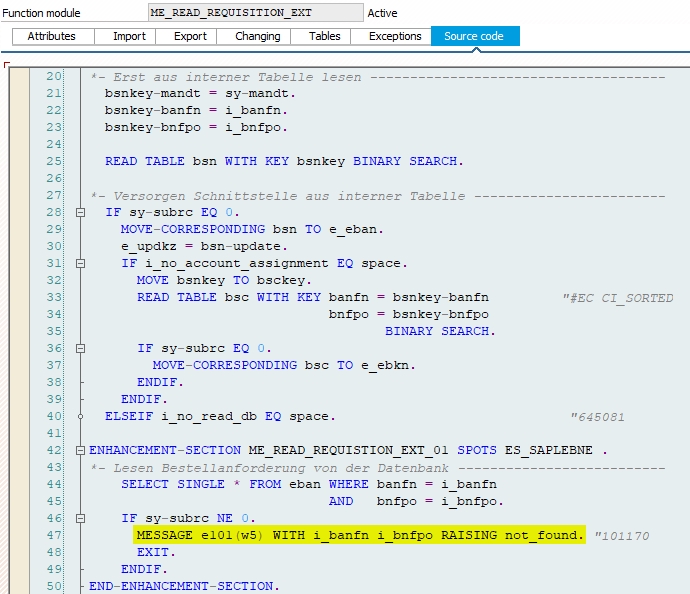 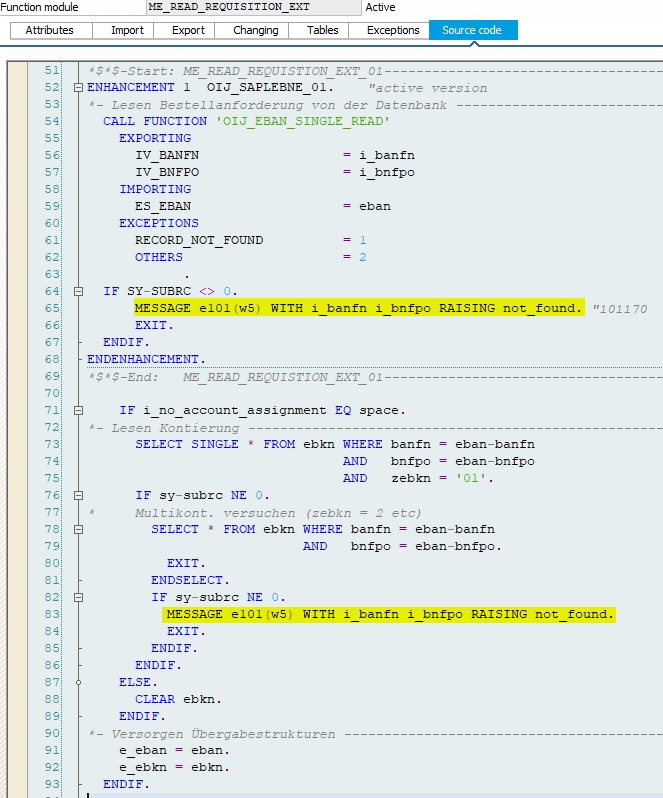 Given that an entry already exists in EBAN for the impacted purchase requisitions (BANFN) and that no accounting data in EBKN is needed/expected for these items, I'm fairly certain that I can rule out these three options.

There however are also several auth-checks executed in called form-routine BERECHTIGUNGEN_POS which also potentially raise NOT_FOUND exceptions which I find highly misleading as the meaning for that is "Purchase requisition does not exist" and not "you don't have the needed authorization": 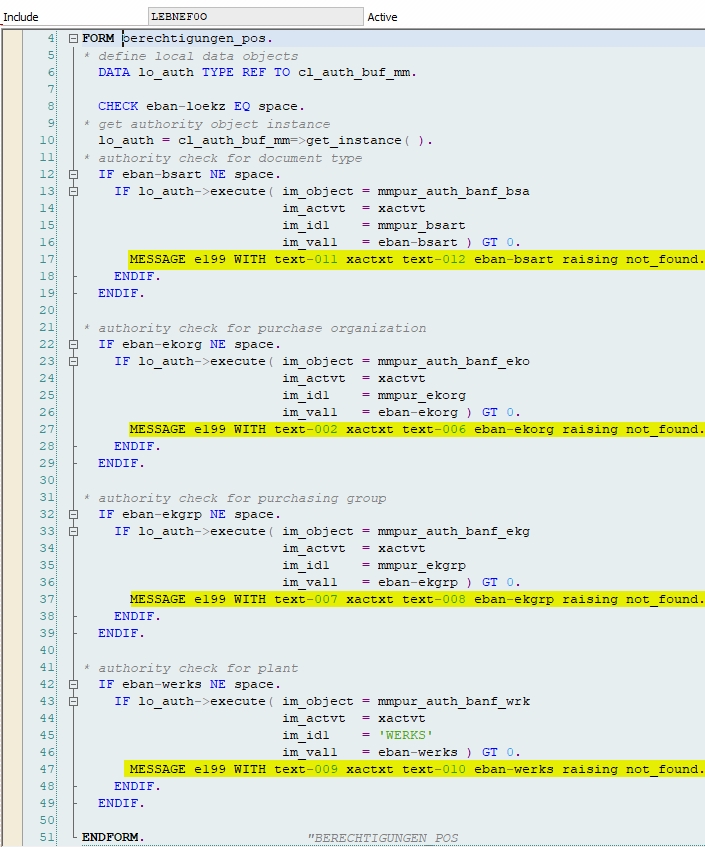 Is there a means to find out where exactly the NOT_FOUND gets raised as the dump information doesn't show the relevant information to determine that? Unfortunately, I don't have an option to do this in debugging as I don't know the incoming conditions which lead to the processing and subsequent exception in some instances. The job is event-driven and gets started often throughout the day. Less than 10% of executions end with a dump but I thus far wasn't able to see a common denominator.

Anybody have suggestions of what I could try in addition to what I already did? That is, short of asking SAP to add some more exceptions to the function module so that the root cause can be narrowed down more than is currently possible with just the NOT_FOUND exception getting raised for rather different reasons.

Thanks much and cheers