we have an iRPA solution that has a problem detecting a popup from SAP with a Microsoft windows GUI.

Procedure:
The "ArchiveLink: Management of stored documents" window is opened via the "oaad" transaction in SAP and the "Save and assign" button is clicked. 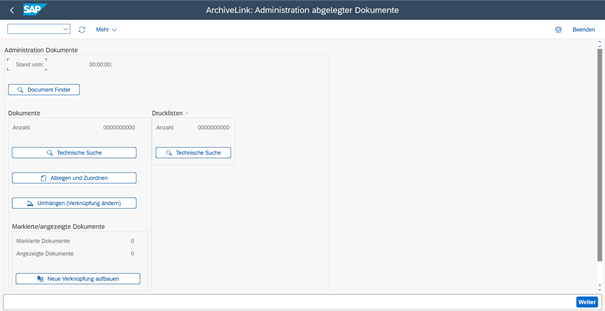 This opens the new window "ArchiveLink: File and Assign opens" and previously created values are entered and the Create button (top left) is clicked. 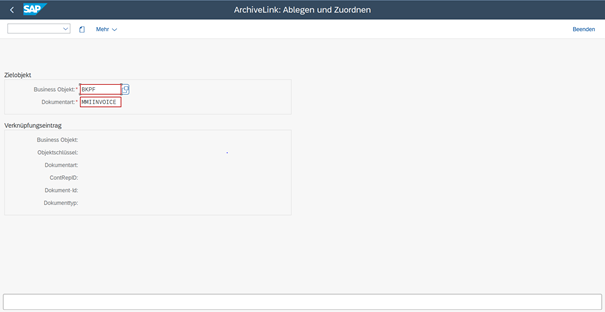 Then the first pop-up opens: "Key SAP document" Here, too, the bot enters the corresponding data of the document just created and the confirmation button (green tick) is clicked. 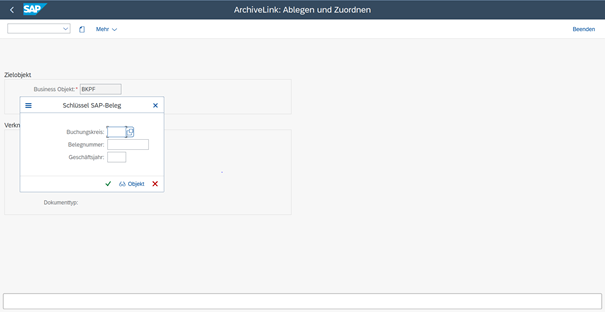 This opens another popup: "File storage in documents", where a file path is to be entered in the input field and then click on Open. 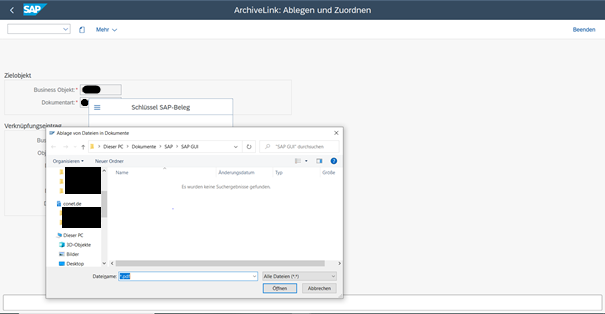 Now in this step with this pop-up we have the problem that the bot does not find or recognize the window.

We have included the pop-up like this (see the next two screenshots) because the pop-up is generated by the SAP GUI applications "ArchiveLink: Store and Assign Open", but itself can only be recognized as UI Automation.

We have already tried to include the FileUpload pop-up as a separate application, to open it in the window of "ArchiveLink: Store and Assign Open" window (it is displayed there as elements in the background) and to control it as a subscreen of ArchiveLink or as it is now as a subscreen of "Key SAP Documents" but never could the pop-up "Store files in documents" be recognized in the automation (there is always a timeout when the pop-up "Store files in documents" is to be accessed).

This is especially surprising since the window is found via the test mode for applications and commands can be executed on it. 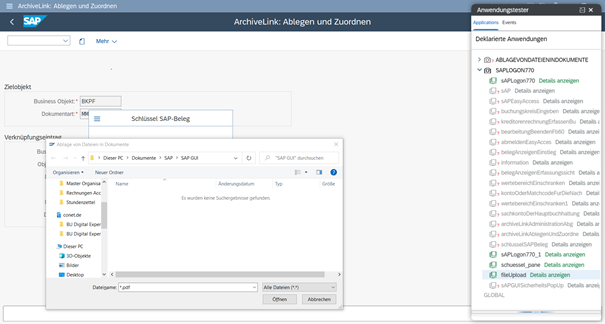 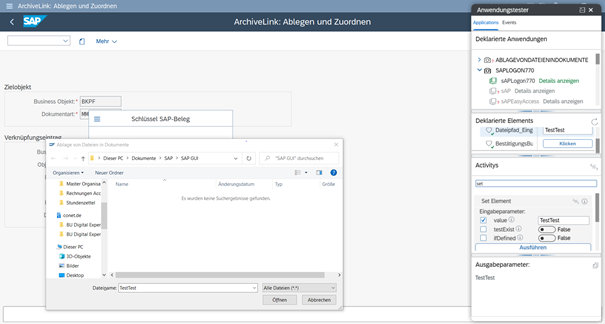 can someone help us Tell us what can be the reason or how we can detect, control and use the "Save files in documents" pop-up also in automation?