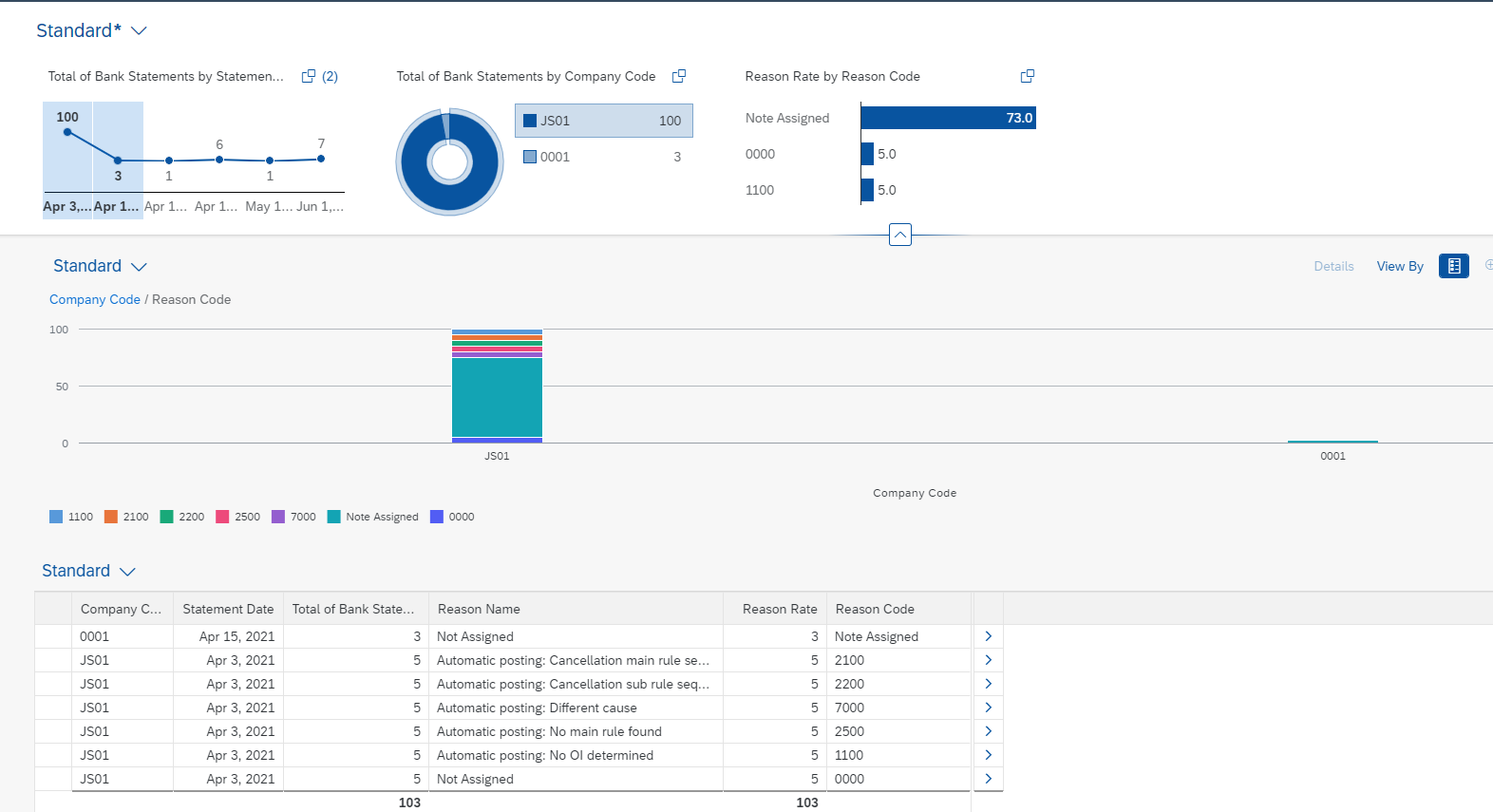 The values filtered in the bar chart above is shown correctly but we want to show the percentage value. To achieve this i tried to use the formula in my Consumption view

Where TotalWithReason Is calculated based on Exception Aggregations

and TotalItems as below

and finally the output is below : In the bar chart we can see the 100% for each reason

This is because in the table we have same number of Total Items or Total Number of bank Statements as Reason. But we want to calculate based on the Total of grouping (Bank Statement Date or Company Code) in the Line or Donut Chart. For example:

as per the 1st Screenshot for Reason 1100 the percentage would have been ( Sum of Reason count) / ( Total of Bank Statements in Line of Donut chart) * 100.

I'm not able to achieve this calculation in my Consumption view through Exception Aggregations. is there any way we can achieve this which look for the total of values in Chart rather table values. So i would like to ask how can we get percentage value in the bar chart specially when other visual filters are selected (in my case Line and Donut chart).