I'd like to be able to use a script to drill down in a waterfall chart, the setHierarchylevel() parameter doesn't work
so think I need to use the expandNode() parameter.

I'm struggling to get my head round the expandNode syntax, the Developer guide isn't very clear (to me at least)

The 'expand node' button in the below screenshots is where i'm testing syntax to try and get it working. 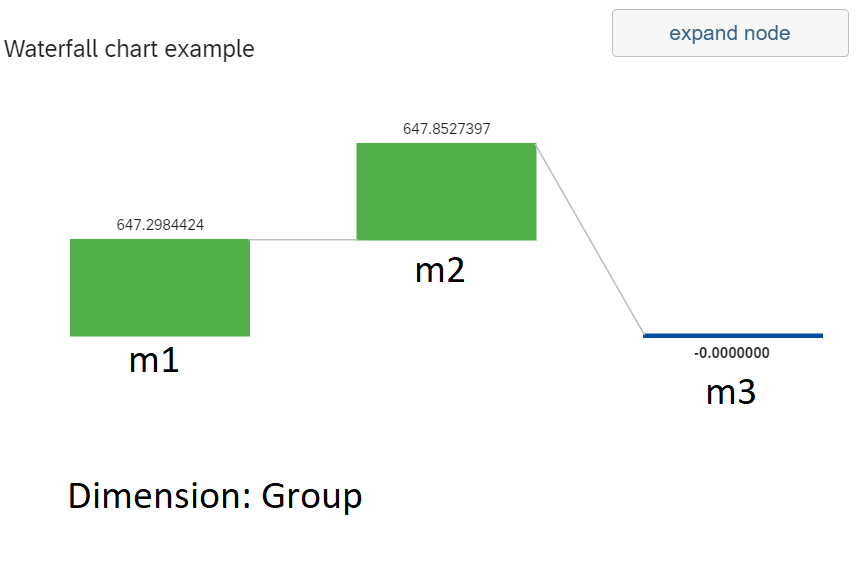 2. Via the UI - the 'expand group' icon functionality is what I'm trying to perform programmatically
(the eventual aim being that the node is expanded during a radio button onClick event) 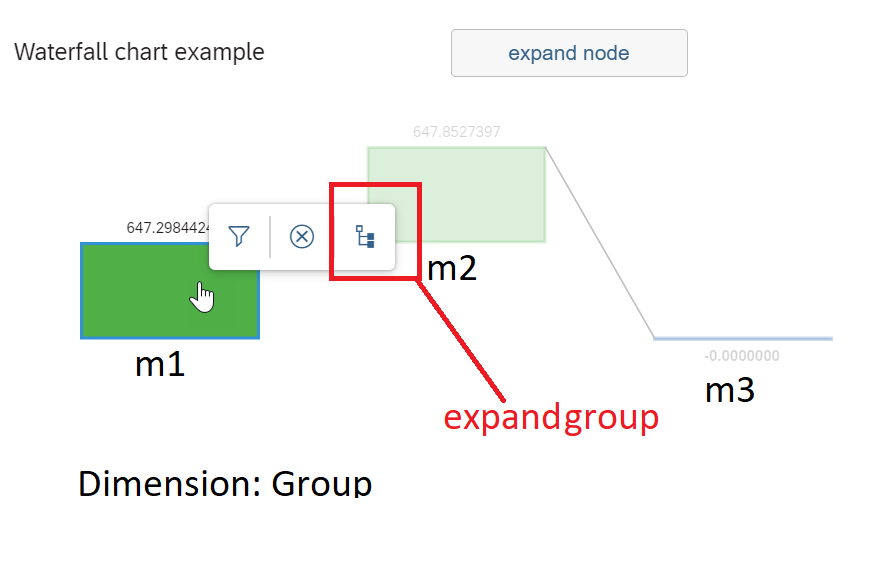 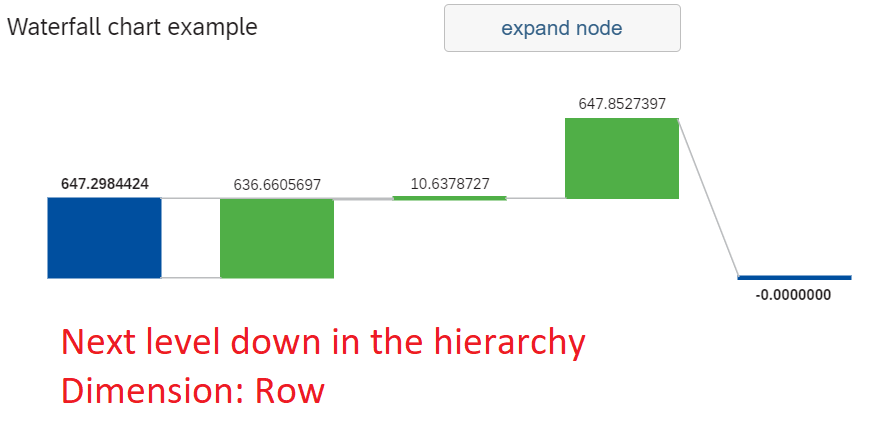 Page 51 of the Developer Handbook provides the following example: