(Please note, I have read though every top 10, etc post on SCN, none have been able to provide a solution with graph.)

I've been working this for weeks, let me try to explain a few avenues I have attempted, and then humbly request your help. I've attempted to simplify for post length, but please let me know if you need more information.

1) First try - Using Footer row in summary table and NoFilter() function to display "Others" group. The issue with this solution is that it is not able to be graphed as shown in the summary table. The graph itself breaks out all of the remaining Dimensions with their respective counts, as you can see it's a mess. (please ignore the error in the % of total column)

2) Second try - I first created the table used in the first screenshot below, and then attempted to flatten the dimension column to an "Others" group. In turn I would flatten the Count of the Others group into one sum, but I haven't been successful at flattening the dimension yet. The second screenshot demonstrates that even though I am replacing the Dimension with a variable to attempt to create an Others group, it still retains a row for each replacement. I attempted to only show the dimension with top 10 and the Other group on the far right, but you can see that doesn't even work. 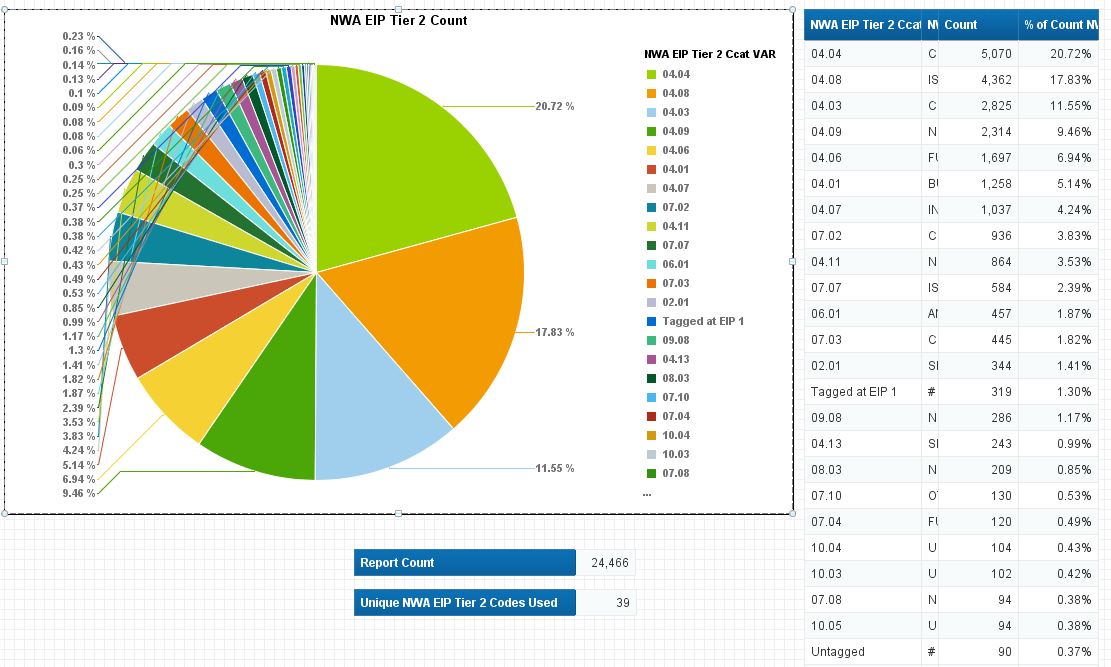 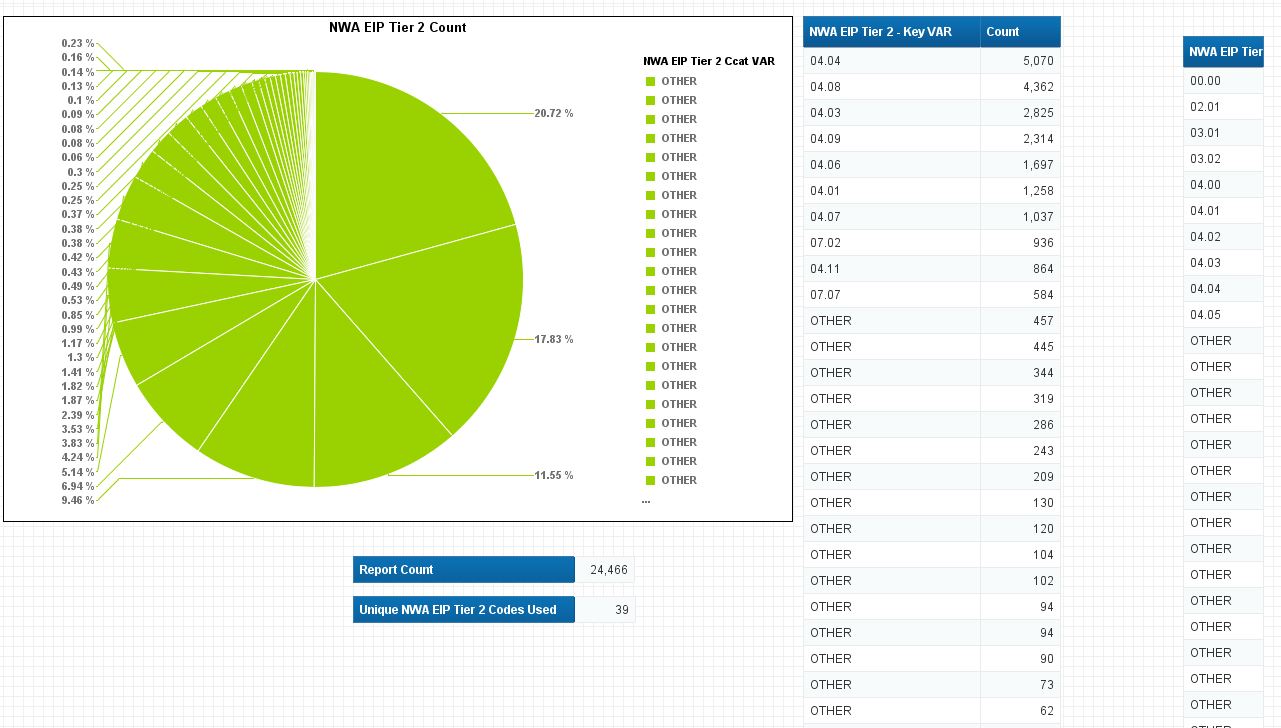 I'm really at a loss, every attempt seems to have some issue - these are only two of my most promising examples that I have been working with. Any suggestions or help is greatly appreciated, I'm not sure my keyboard will survive another day of my head banging on it.