I am attempting to activate the standard SAP MM workflow WS20000075 for two levels approval and have read these threads and a few others from SCN:

I have pretty much got the WF event triggered but was not successful in sending out the message containing the workitem even to the 1st approver's SAP Inbox.

These following screenshots depict what was done for configuring the WF.

3. Outcome from testing the WF by creating a new PO document where I can see that the WF event was triggered from within ME21N/ME23N: 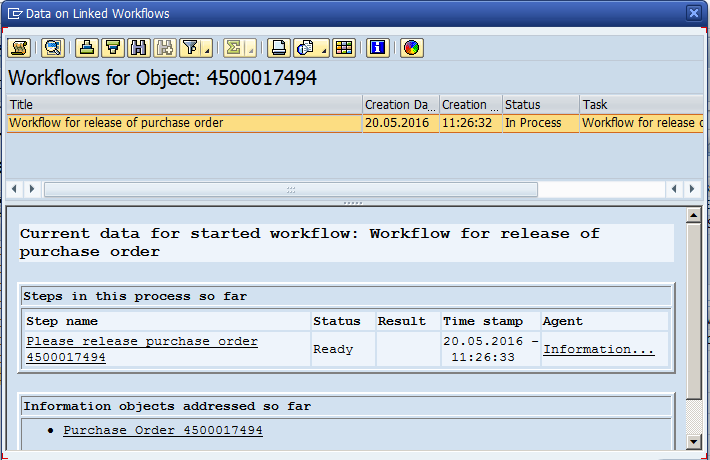 However, there is no message containing the WF workitem sent to the 1st approver's SAP Inbox for release code "Z5" - Manager:

From the PO creator's SAP Outbox, I can see two concurrent WF logs created for to the above PO #: 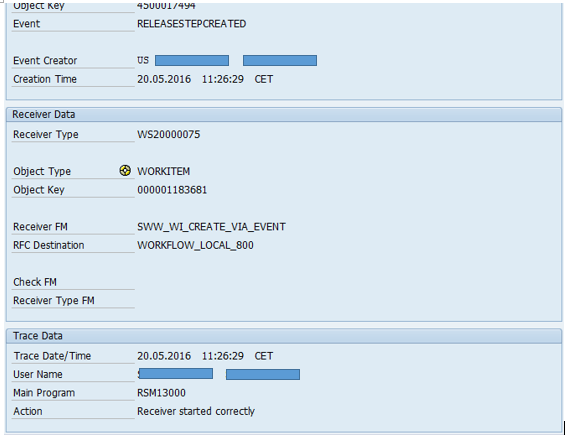 Based on the above outcome, I went into the corresponding WF step and noticed that there is no agent assignment and agent expression by this standard SAP delivered WF. So, do I need to do anything here? 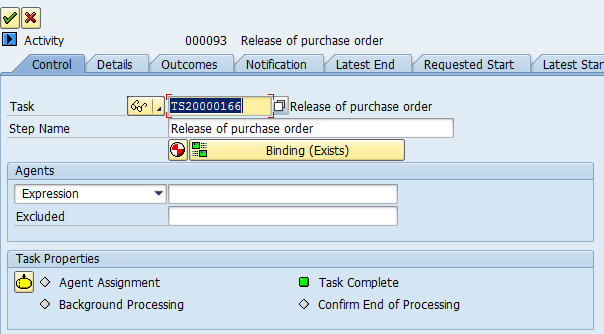 However, I am not too sure if both agent assignment and expression were the main culprits since this is basically my first attempt in setting up the MM WF. On the other hand, if I were to assign the agent here, it would mean "hard coding" and thus will most likely not meet the requirement since the release strategy has two levels of approval. Meaning, the workitem should be routed to 1st and then 2nd approver in the correct sequence upon PO released.

I hope someone here can help me clear the air and point me to the potential configuration that I might have missed out.

Thank you so much.