Hi. I have a few questions.

From my reading, I've heard that Lumira Edge/Team server may not be a part of BI-Suite License. I read a Lumira Server ASUG Webcast recap by Former Member here (SAP Lumira Server for Teams Roadmap ASUG Webcast) over the weekend and one of the Q&A questions struck me:

Q: Is this included with the BI Suite license from SAP?

In a separate conversation late 2014, I thought I'd heard that Lumira Team/Edge server was supposed to be usable by BI Suite licensed customers, but it sounds like I'm mistaken?

Next, the second part of the statement gave me hope:

However, Lumira Server for BI Platform (RTC Planned in April) is covered under BI Suite licenses

I then looked at the Lumira Deployment Options for Departments Part 1 â€“ ASUG Webcast by Former Member to get some more information on Lumira Server for BI Platform. This slide gave me some hope (emphasis mine in green): 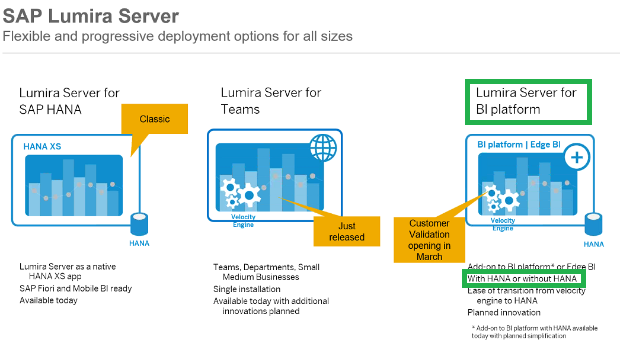 But then I see some more information a little later: 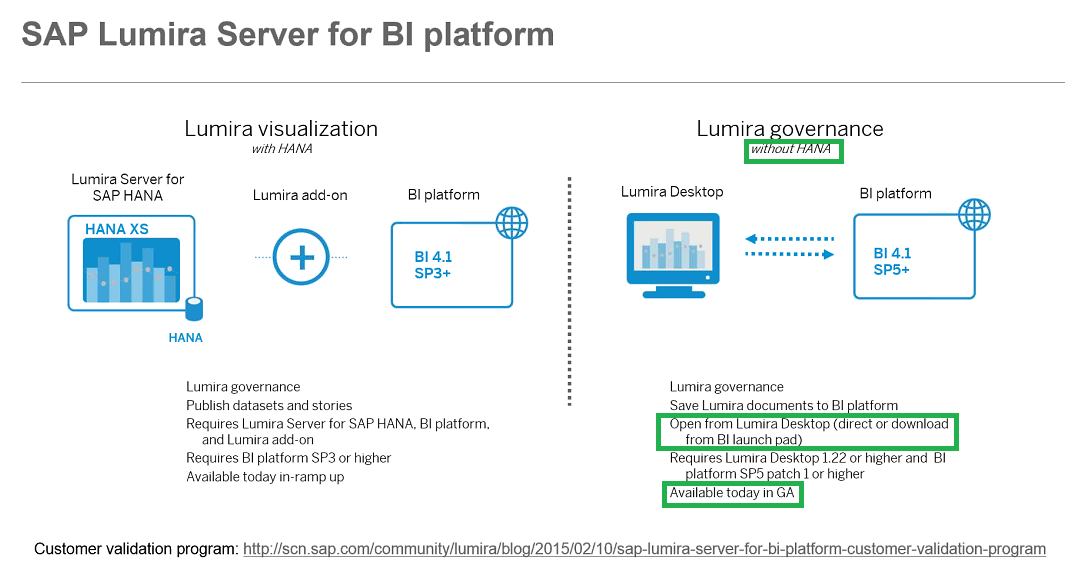 Is this slide to imply that the version without HANA (or HANA XS) for BI Platform will only really just serve as a user rights management and Lumira document repository? And that if I want to view a Lumira document, I must still open from the Lumira Desktop client?

It was suggested I start a new discussion thread to ask this licensing question about a product that's not out yet (but the slide says it's GA so I'm still confused) so here I am with my discussion thread!

Hopefully someone can make me less confused. I'm hoping the answer is as a BI-Suite customer that we do not have to make a decision to either invest in new Edge/Team licenses or buy HANA XS hardware to establish a beachhead of Lumira usage in our organization. We've been struggling with promoting Lumira and the sharing piece has been the sore spot.